A native of northwest Ohio, Jamie served 20 years in the Marine Corps as a Naval Aviator flying attack helicopters. Deploying for Operation Desert Storm (Kuwait), Operation Restore Hope (Somalia), Operation Uphold Democracy (Haiti) and twice to Operation Iraqi Freedom (Iraq), Jamie flew 117 combat missions and was recognized for valor in combat multiple times. He received the Purple Heart for wounds received in action in Fallujah, Iraq in April 2004. His non-operational tours included an instructor pilot at the prestigious Marine Aviation Weapons and Tactics Squadron One (the Marine Corps “Top Gun School”), two tours in the Pentagon, and a highly competitive Congressional Fellowship where he was assigned to the United States House of Representatives for eighteen months and coauthored 13 federal appropriations bills and other legislation. Following retirement, Jamie was sought after and hired for several high-profile jobs: as a VP with Cassidy & Associates, the oldest lobbying firm in Washington, DC; as a VP in L3Harris Technologies (then L3 Communications) (Fortune #474) where he successfully rebuilt a failing business unit; and the Chief Business Architect for a Textron (Fortune #229) special CEO-directed program, which attained phenomenal success by defining, designing, manufacturing, assembling, testing and flying a new class of aircraft in less than 24 months, a feat that had not been accomplished since the early 1960s. In 2015, Jamie commenced his role as turn-around CEO at a failing, human-services nonprofit organization. With his vision and leadership, he expanded the mission of the organization to encompass mental healthcare utilizing Trauma Informed Care; Veteran retreats focusing on peer support and art therapy; financial assistance; physical wellness and nutrition; and support of the homeless. The company increased unique residents served from 800 to over 1,750 per month, increased staff by 325%, achieved a Compound Annual Growth Rate of 33% across a three-year period and received 3 major awards for quality client outcomes. Completing the Executive Master’s in Business Administration program at the University of Texas at San Antonio in 2019, Jamie assumed the role of President and Chief Executive Officer of United Way of Northern New York on June 17, 2019. He is married to the former Jacquelyn Carter, a 25-year, retired US Secret Service Agent. They have three children: Jake, Danica and Jessica. Education:- Bachelor of Science Degree in Finance and Computer Information Systems from Manhattan College; Master of Business Administration (Strategy and Management) from Columbia University Graduate School of Business; and Doctorate in Executive Leadership from St. John Fisher College in Rochester

Before joining United Way of Northern New York, Ms. Eastman spent 9 years as the Director of Operations at On Point for College and 3 years as the Business Manager at Bousquet Holstein PLLC, in Syracuse, New York. Ms. Eastman started her career at Merrill Lynch & Co., Manhattan, NY, where she was employed for over 10 years. When she left Manhattan, she was a Vice President in the Investor Client Coverage Group. Ms. Eastman received her Bachelor of Science degree in Finance and Computer Information Systems from Manhattan College and her Masters of Business Administration degree in Strategy and Management from Columbia University Graduate School of Business. She completed her doctoral studies in the Ed.D. Program in Executive Leadership at St. John Fisher in 2018. 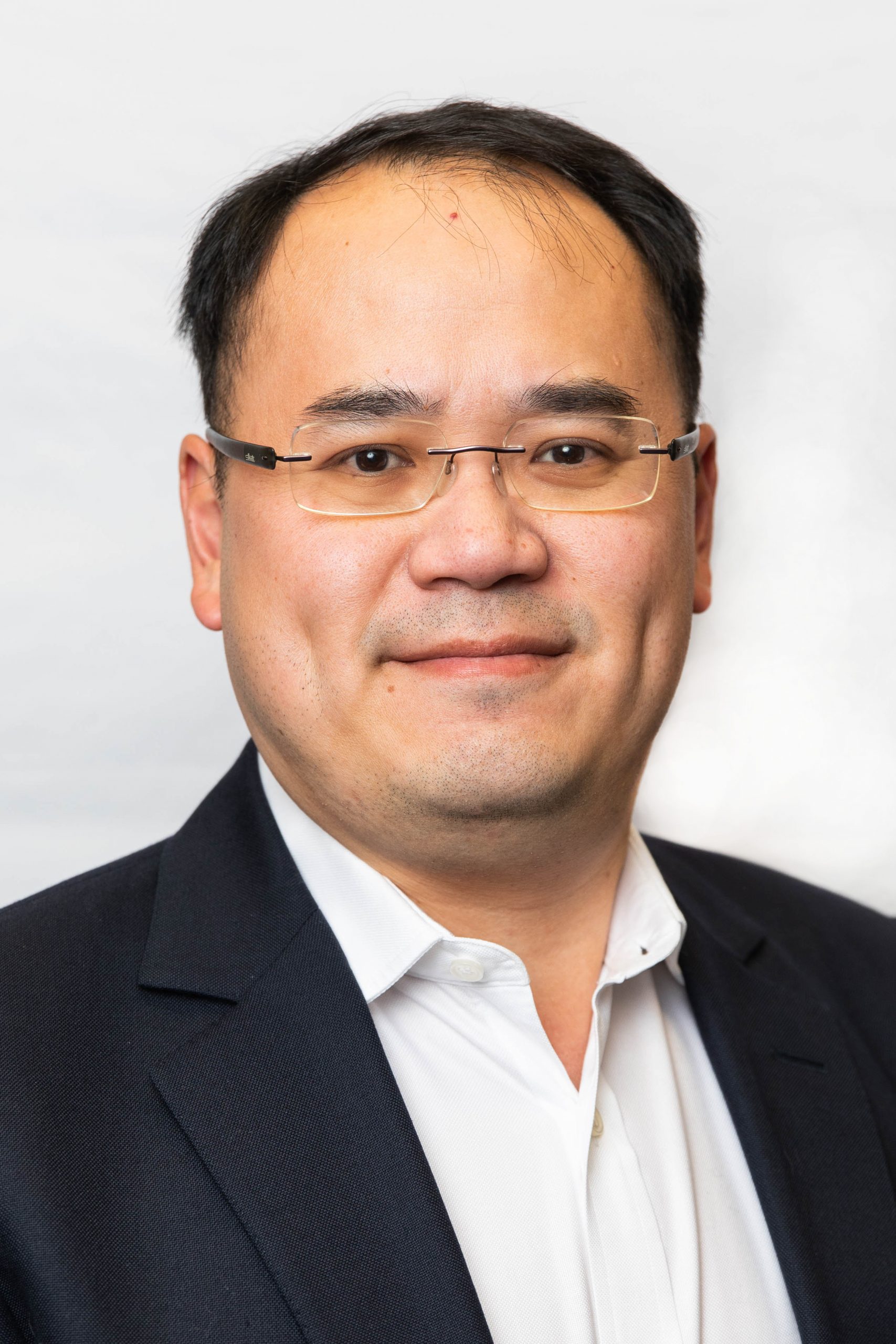 Clement was born in Hong Kong and attended boarding school in England beginning at age of 15 in Reading, about 50 miles west of London. After college, he completed his accounting qualification while working full time and is a Fellow of the Association of Chartered Certified Accountant since 2011. Clement spent most of his career, 18 years, working in London at various accounting firms, mostly as an auditor. He moved to Watertown, NY full time in 2016. Moving to the United States with his husband, a native of Watertown, Clement welcomed the change from busy London to a quieter life in the beauty of the North Country. He is an avid traveler, been to most countries in Europe and South East Asia. Clement currently resides in Watertown with his dog, Darcy, and spends most of his time updating his house. His interests include music, golf and cooking. Clement is an advisory member for the Orchestra of Northern New York and member of Watertown Noon Rotary. With plans to finish her Master’s Degree in Social Work in 2020, Natasha has completed multiple internships in the North Country, to include Renewal House for Victims of Domestic Violence in Canton and Pivot/Anchor Recovery Center of NNY in Watertown. Born and raised in Carthage, NY, Natasha grew up with her brother, Chris who she considers to be one of her best friends. Before and during college, she worked as an office administrator for her family’s business, Gamble Distributors. Natasha considers herself lucky and blessed as she grew up with having all four grandparents in her life. She has learned many skills and truths from them throughout her life and still does to this day. She speaks that her father taught her to work hard for what she wants in life and to never give up. During her free time she enjoys boating on the St. Lawrence River with her entire family and snowmobiling with her father and brother. She also enjoys running, reading and relaxing with her family and friends. Kaitlyn Giles – Marketing and Communications Coordinator for Education and Training

Kaitlyn graduated from Oklahoma State University in May 2019 with a Bachelor’s Degree in Marketing. She recently moved to Northern New York from Oklahoma with her fiancé Christopher and her dog Stella. In her free time, she enjoys walking Stella, exploring the North Country, and cooking. Kaitlyn looks forward to continuing to meet North country residents and professionals. Education:- Bachelor's Degree in Public Relations from The University of Mississippi

Allison received a Bachelor's in Journalism with a specialization in Public Relations from The University of Mississippi (Ole Miss) in 2017. A native Ohioan, Allison served as the Communications and Outreach Coordinator for the United Way of Medina County for 2 years before moving to Seattle, Washington with her husband, who is an officer in the U.S. Army. Allison joined the United Way of Northern New York in May 2021 and is looking forward to continuing her career within the United Way organization. When she's not working, Allison enjoys backpacking and skiing with her husband, traveling to new places, and spending time with family and friends.